Skip to content
Home > Thoughts by Women > Kindness to a Thief 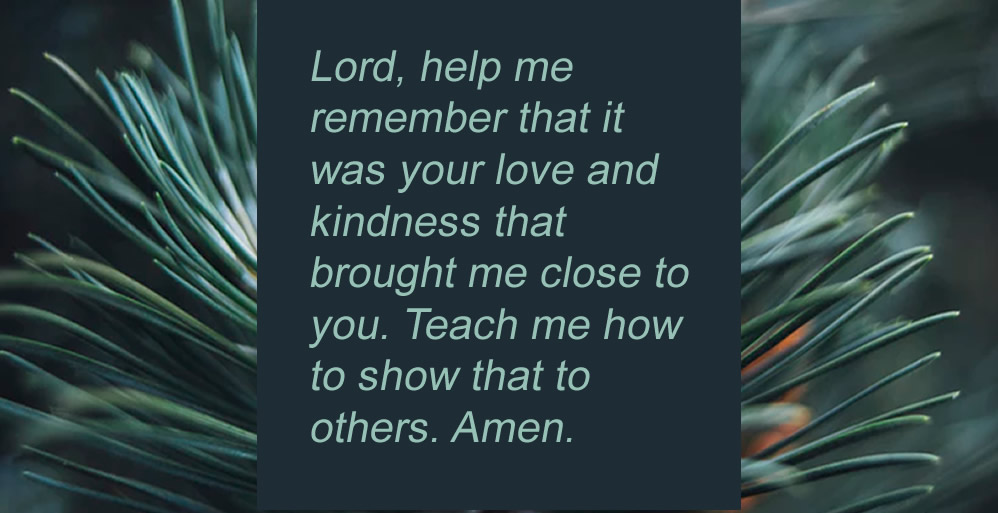 Kindness to a Thief

“…Or do you show contempt for the riches of his kindness, forbearance and patience, not realizing that God’s kindness is intended to lead you to repentance?” Romans 2:4

The news reported the attempted robbery. A young man tried to hold up a Chick-fil-A fast food restaurant in Texas, but in the process was caught and arrested.

The news crew spoke to the store manager. He had sat with the teen while the police took statements. He told the young man that he had a bright future ahead of him if he would only turn from the path down which he was headed. Instead of condemning him, the manager showed that he cared about him. When the reporter asked why he had taken time with the young man this way, he replied, “It’s the kindness of God that leads us to repentance.”

Don’t we serve an amazing God? He loves us even in our rebellion. He cares for us even when we make the same bad decisions over and over again. While we continue in our self-destructive ways, he is still there, speaking life.

In the book of Romans, the Apostle Paul tries to convince the early church not to condemn those who do wrong because God has shown them such grace. How can we show the grace of God if we judge others? No one wants to be in relationship with someone who they think disapproves of them. No one wants to know a God they think will zap them at every wrong move.

It’s the love of God that brought each one of us into a loving relationship with him and it’s our job to show that to the world.

Lord, help me remember that it was your love and kindness that brought me close to you. Teach me how to show that to others. Amen.

Comments: If you don’t see our response form, please go to https://thoughts-about-god.com/blog/debbie-west_kindness-to-thief/