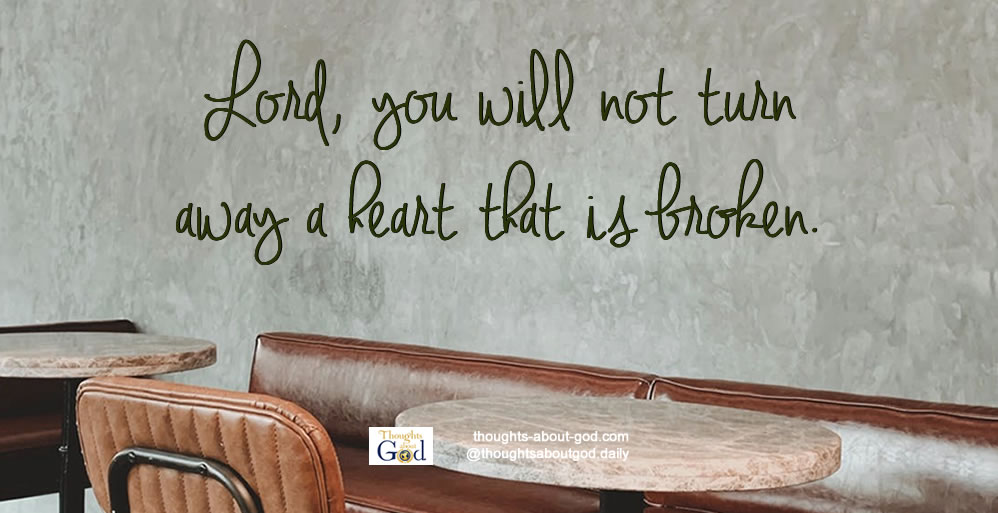 It’s Us He Wants

“You do not delight in sacrifice, or I would bring it; you do not take pleasure in burnt offerings. The sacrifices of God are a broken spirit; a broken and contrite heart, O God, you will not despise.” Psalm 51:16-17

King David is one of the great men of the Bible. He is held in high esteem among Christians and Jews as a pillar of the Faith.

But a closer look shows just how broken David was. Though he was known as a “man after God’s own heart” (1 Samuel 13:14), David was far from perfect. His affair with Bathsheba and the plot to kill her husband did not reflect the heart of God at all. To his credit, when confronted with his sin, David repented.

The prophet Nathan told David that, because of his actions, his household would be filled with violence and his infant son would die. In response to this news, the king could have been angry with God and turned away from him in defiance. Instead, David’s heart broke over his own pride and he fell into a deep sorrow. As his son lay near death, tradition says David wrote Psalm 51. In it, David pleads with God for mercy. He asks God to make him clean. He offers God a sacrifice, not of an animal, but his heart.

David knew what is still true today. God doesn’t want our money or the ritual of our religion. He wants us. Like the woman who poured her tears on Jesus’ feet, God cherishes a heart that is broken over sin and desires to be his. Come to the throne of God, where he will make you whole again, and ask for his mercy.

Lord, you will not turn away a heart that is broken. Take this heart and make it whole again. Amen.

Comments: If you don’t see our response form, please go to https://thoughts-about-god.com/blog/debbie-west_he-wants-us/