Skip to content
Home > Thoughts by Men > A Passion to Obey 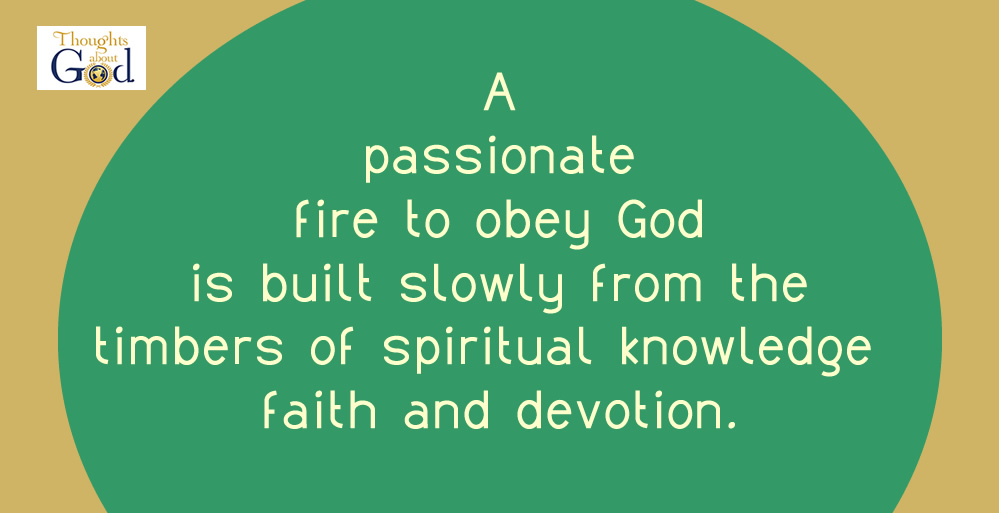 A Passion to Obey

A passion to obey God doesn’t come naturally. Salvation may spark love and a desire to please Him, but a passionate fire is built slowly from the timbers of spiritual knowledge, faith, and devotion.

Obedience usually begins with a fear of the consequences of disobeying. That is, newer believers can at least enjoy the safety of avoiding repercussions until they develop better reasons to follow God. Thankfully, as we mature and build a scriptural foundation, fear is replaced by both recognition of God’s sovereignty and submission to His wisdom.

Over time, following the Lord becomes less about consequences for disobeying and more about blessings for obeying. Once we taste His goodness, we learn that obedience and God’s best are natural partners—good derives from following divine commands, while suffering results when we demand our own way. This irrevocable principle plays out in the Bible as well as in day-to-day life, and the more we observe it, the more we realize the Lord’s will is the wisest choice.

All the promised blessings in the world cannot make a believer follow God into some frightening places. But that’s where love for our Father comes in, as it compels us toward obedience no matter what is at stake.

Romans 6:16-23
16 Do you not know that when you present yourselves to someone as slaves for obedience, you are slaves of the one whom you obey, either of sin resulting in death, or of obedience resulting in righteousness? 17 But thanks be to God that though you were slaves of sin, you became obedient from the heart to that form of teaching to which you were committed, 18 and having been freed from sin, you became slaves of righteousness. 19 I am speaking in human terms because of the weakness of your flesh. For just as you presented your members as slaves to impurity and to lawlessness, resulting in further lawlessness, so now present your members as slaves to righteousness, resulting in sanctification. 20 For when you were slaves of sin, you were free in regard to righteousness. 21 Therefore what benefit were you then deriving from the things of which you are now ashamed? For the outcome of those things is death. 22 But now having been freed from sin and enslaved to God, you derive your benefit, resulting in sanctification, and the outcome, eternal life. 23 For the wages of sin is death, but the free gift of God is eternal life in Christ Jesus our Lord.

•   Should I Pray Every Day?
•  God Listens to Us
•  Salvation Explained