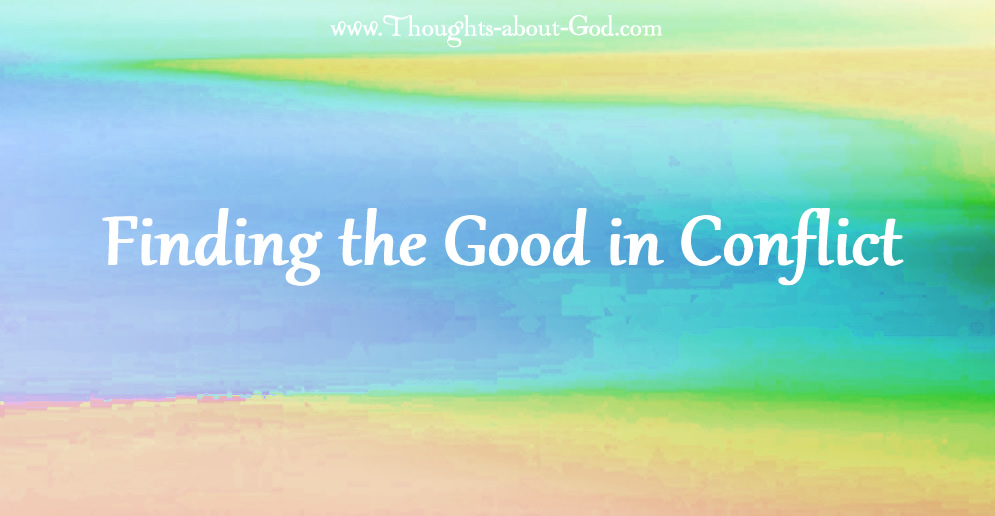 Finding the Good in Conflict

“Some time later Paul said to Barnabas, “Let us go back and visit the believers in all the towns where we preached the word of the Lord and see how they are doing.” Barnabas wanted to take John, also called Mark…They had such a sharp disagreement that they parted company.” Acts 15:36-37,39

Conflict. Conflict among believers? Conflict among Christian leaders! When we read the powerful stories of the Holy Spirit’s movements in Acts, this episode between Paul and Barnabas stands out as a blemish.

By now they had ministered in many cities throughout the Roman Empire, silenced a false prophet, explained Jesus’ place in Jewish history, performed miracles, and been mistaken as Zeus and Hermes (Greek gods). And they had weathered rejection, abusive language, even stoning. But in Pamphylia, their third partner, John Mark, suddenly left them to go home to Jerusalem (Acts 13:13).

That became a sore point. Acts 15:38 states Paul didn’t think having John Mark rejoin them was a wise decision. Perhaps Paul didn’t wish to trust a deserter with so much on the line. Paul had churches to visit, sermons to preach, Jews and Gentiles to enlighten about the Good News of Jesus. He valued gospel proclamation. Barnabas, it seems, wanted to give John Mark a second chance, to mend a fence, to build up a young believer who probably felt horrible about ditching them.

We can learn a few lessons here:

We may be called to unity of purpose (Romans 5:5-6), but our means might differ. Both Paul’s big picture approach and Barnabas’ relational one grew the church.

Conflict may be difficult, but good can come of it. In this case, Paul and Silas went one direction, and Barnabas and Mark another — all to visit new churches in order to build them up.

Conflict is a part of life, and good-meaning people rub each other the wrong way routinely. The question is how we will deal with it — either destructively or constructively?

Dear God, please help me see that conflict with people may be your way of growing me and people around me. May I not wish it away, or run from it, but may I find your good in it. Amen.


We’d love to hear from you.  If you don’t see our response form, please go to https://thoughts-about-god.com/blog/bs_good-conflict/