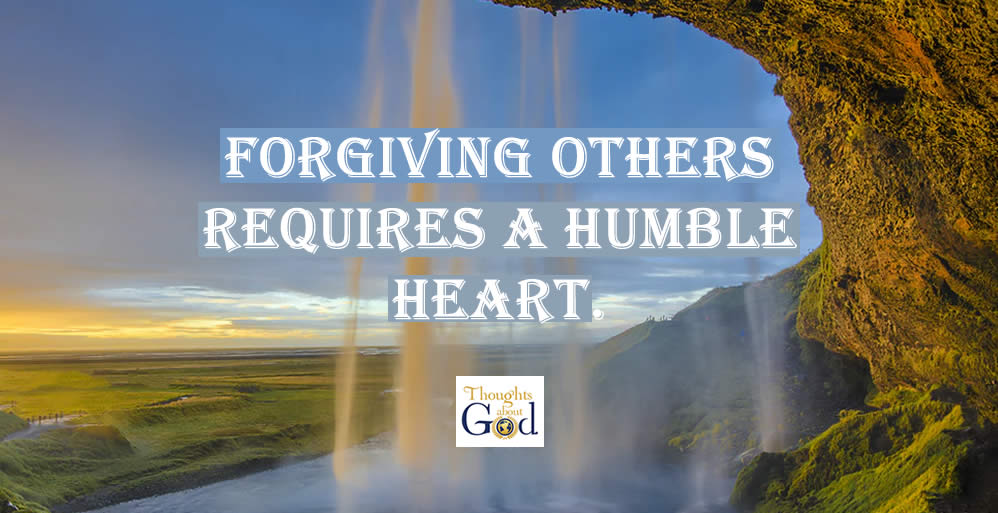 Recently I watched a television show where characters Don and Russ were at an impasse. Don had kept a secret from Russ, which was hurtful. When Russ discovered the wrongdoing, Don came clean, confessed, and asked Russ to forgive him. Russ replied that there was no need for him to forgive, because their relationship was strong like brothers.

While there is something pleasing about shrugging off a friend’s misdeed, it is not good to withhold saying “I forgive you.” Especially when the person who has hurt you asks for forgiveness!

Forgiving the offender helps them heal.

Don may begin to wonder if he and Russ really are good. Such doubt is cancerous to friendship. However, hearing Russ say, “I forgive you for keeping that information from me” would be something Don could hang on to; it would be salve for his heart.

If Russ expresses forgiveness to Don, he has said something audible that Don (and perhaps others) heard him say, and now Russ’s heart needs to line up with it. If he does not forgive, he may begin to harbour bitterness toward Don.

Research indicates that proud people are less likely to say they forgive others. Why? Because pride gets in the way. Forgiving requires humility to let go of the hurt the offender has caused.

No wonder God underlined the importance of forgiving one another. It shows a humble heart.

Dear God, Help me forgive friends and family who have wronged me. Help me forgive them by saying so in person. You have forgiven me of so much; help me imitate your humble, loving forgiveness.

Ask the Spirit to reveal to you any person who needs to hear you say you forgive them. Then do so, trusting that the Spirit of Christ is giving you the ability to do so.

By Bill Strom
Used by Permission